Piovan as of September 30, 2020: steady volumes and rising margins

“In an uncertain market scenario influenced by the Covid-19 pandemic, we are recording fairly steady sales volumes with an increase in margins both in percentage value and in absolute value. These data, together with the important acquisition of Doteco, make us more confident about a positive end of the year and a recovery in 2021. In the third quarter too, the company continued its project to strengthen its capital and financial structures, a fundamental condition for any future aggregation processes". With these words Nicola Piovan (below), executive president of Piovan Group, commented the company's results as of September 30, 2020, approved by the board on November 11.

Revenues from Systems for Plastics showed a decline compared to the previous year; this slowdown was essentially due to the travel restrictions related to the Covid-19 pandemic which, especially in the second quarter, reduced the possibility of installations and limited incoming orders, with an impact on third-quarter revenues.

The trend in Asia was also affected by the pandemic, which forced the company’s Chinese operations to close for three weeks in the first quarter of the year (four weeks, considering the Chinese New Year holiday period). On the other hand, Emea revenues were penalised by the travel restrictions in place since the end of February, first in Italy and then in the rest of Europe, which slowed down and made it more difficult to start the machines already delivered as well as deliveries themselves. Markets in North and South America also suffered from a slowdown linked to the ongoing pandemic. 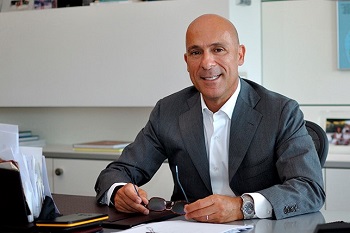